Menu
Skip to content
It is our priority to keep our community, guests and staff safe during this global pandemic. Gray Line Westcoast Sightseeing has temporarily suspended operation of our Hop-On and Hop-Off Sightseeing and Guided Tours. New experiences are coming soon! View our COVID-19 Safety information here.
For all inquiries or questions, please call from Monday to Friday at 604-451-1600 or email us via our Contact page. 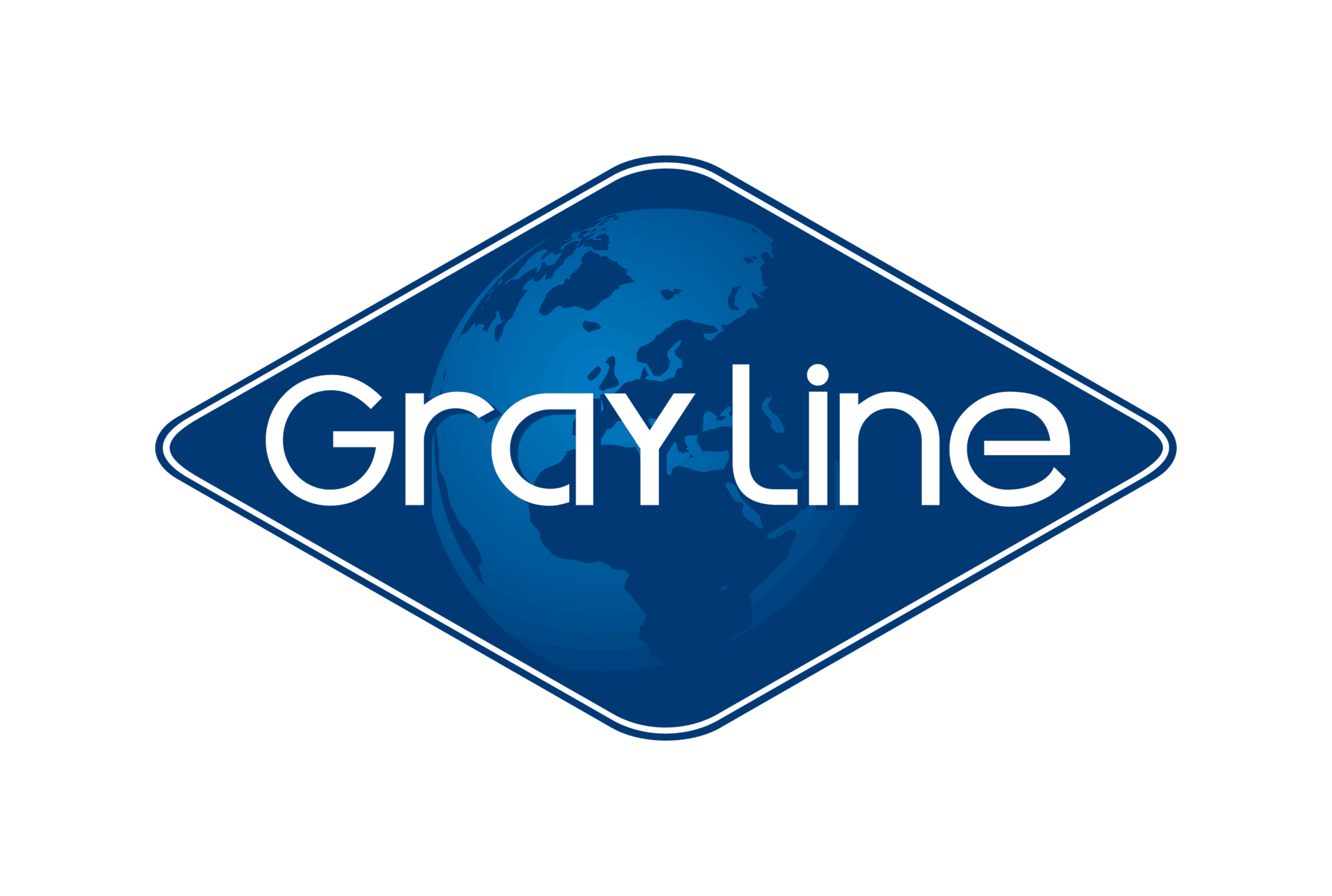 Gray Line Westcoast Sightseeing brings you Coal Harbour e-Tours, an environmentally-friendly cruise through Vancouver’s Inner Harbour.
Creating zero air or water pollution, we will carry you over the waters for a 30-minute tour on one of our ultra quiet, twelve-passenger electric boats, enjoying sights of the towering North Shore Mountains and the glimmering Vancouver City skyline. Passing by Stanley Park for the perfect view of the Vancouver Seawall and the bustling Port of Vancouver, your Captain Guide will be sure to fill you in on all the highlights of Vancouver, the rich history and architecture, the significant landmarks and events, spinning a tale of our amazing city you are sure to remember for years to come.

During your tour, you’ll see some of Vancouver’s top highlights, including : 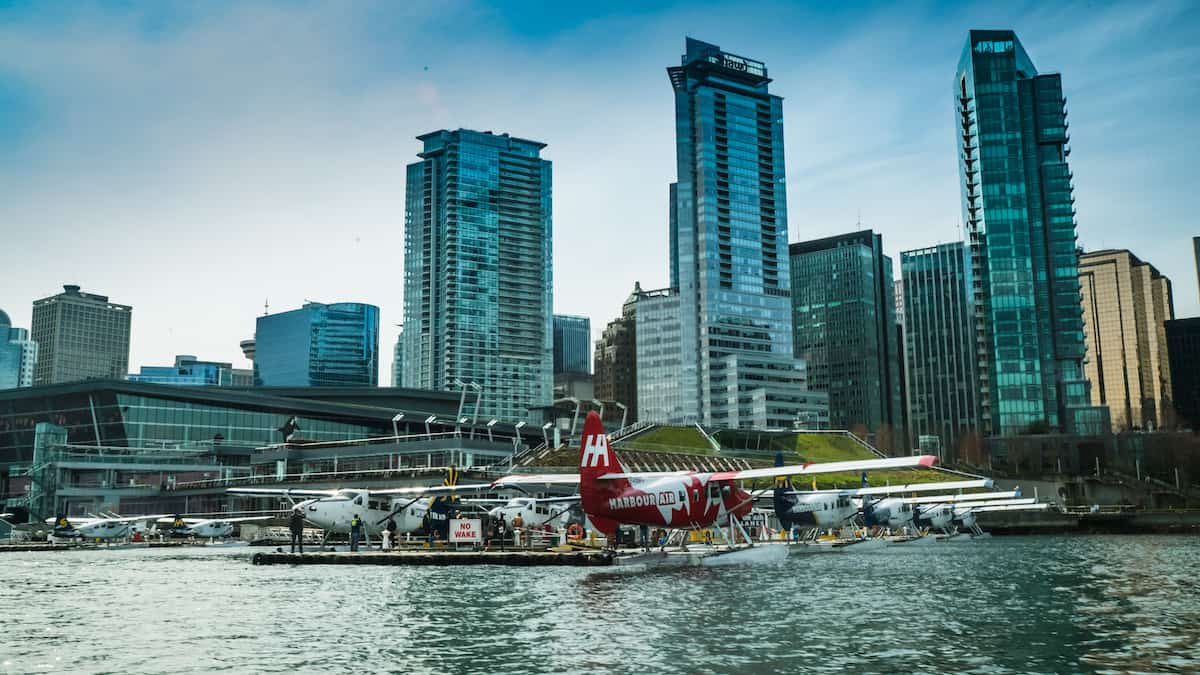 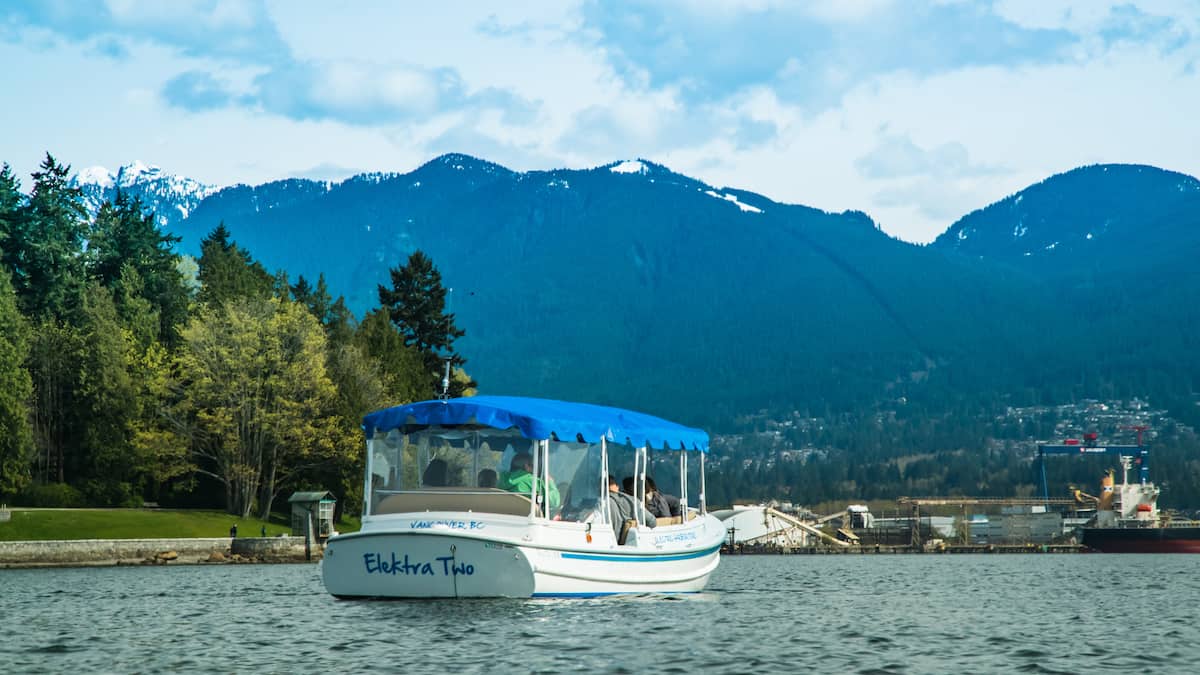 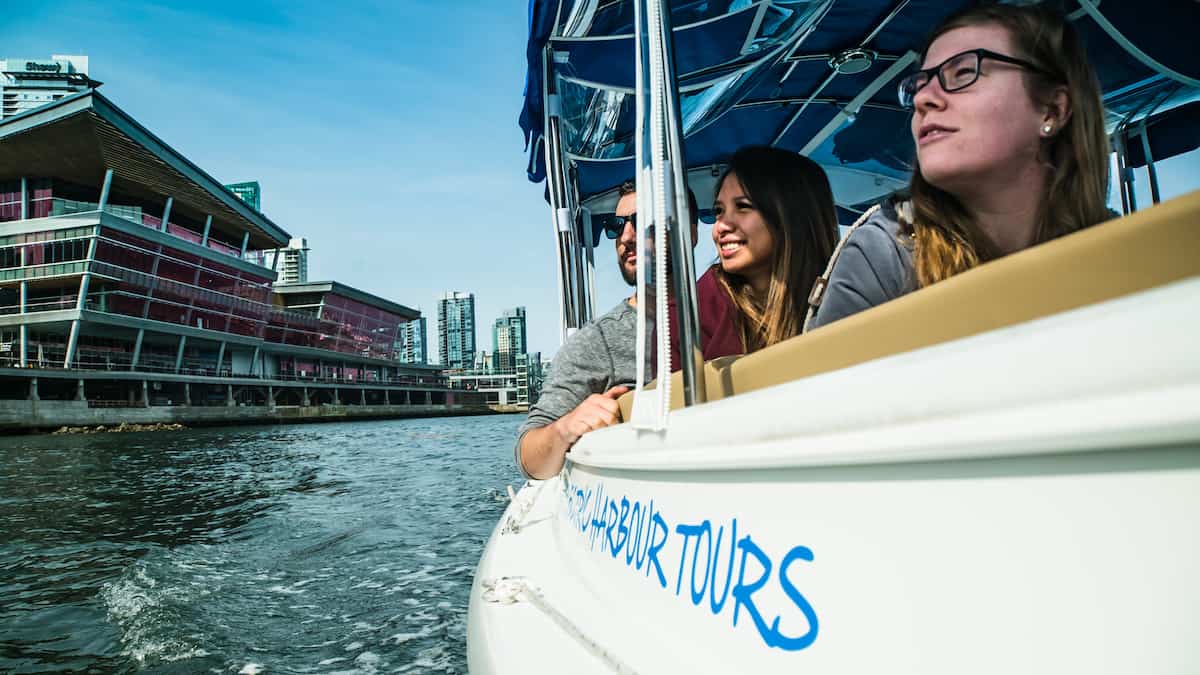 Prices include attraction admission and taxes. Gratuity is optional and is not included in the price. If you feel our staff have gone above and beyond your expectations, gratuity will be greatly appreciated.

Do you offer hotel Pick Ups for Electric Harbour Tours?

No, all tours depart from either Coal Harbour, Vanier Park, or at the West Complex of the Vancouver Convention Centre

Where are the departure locations for the Electric Harbour Tours?

Coal Harbour location: Get off on Stop #P5 on your Hop-On, Hop-Off tour or make your own way to 1601 Bayshore Drive, Vancouver (right at the Westin Bayshore Hotel.)

What should I bring on the tour?

Are the boats wheelchair accessible?

Our boats are not wheelchair accessible.  Guests must be able to walk on and off the boat independently.

Are the boats covered?

All boats will be covered so that you may enjoy the tour in rain or shine!

Changes or cancellations can be made anytime before 8:00 pm the night before your scheduled tour, unless otherwise specified. After that time, all bookings will be considered non-refundable. Please note that no shows or missed departures will not be refunded. No refunds or exchanges will be allowed on any unused tier products  and attraction packages (Classic, Classic +, Premium Pass)

Do you offer tours in my language?

Our guided tours are conducted entirely in English; however, our Hop-On, Hop Off tours offer recorded commentary in English, French, Spanish, German, Korean, Japanese and Mandarin.

What should I wear?

Wear comfortable walking shoes and dress appropriately for the weather depending on the season. Check the weather prior to arrival into Vancouver. Bring an umbrella or rain jacket just in case of inclement weather.

Are the tours canceled if it rains?

Absolutely not! Vancouver is well-known for its rainy weather and our tours run rain or shine. Don’t forget to bring along an umbrella!

How do we pay for tours and attractions?

Tickets purchased through WeChat or Alipay will not be accepted.